The latest news on the John Dillinger Museum’s move

It is being reported from multiple sources that crime, in fact, does not pay when it is committed. Contrary to glorification witnessed on the big screen, the story of John Dillinger is not one to rival the legend of Robin Hood. With the relocation of the John Dillinger Museum from the Indiana Welcome Center in Hammond to the Old Lake County Courthouse in Crown Point, visitors can once again learn the truth of Dillinger's past. Everything from a replica of the infamous wooden gun used to escape the Crown Point jail to the pants Dillinger wore on the day of his death will be presented throughout the interactive museum.

The history will be displayed again this summer. The grand opening date is set for July 22, 2015, the anniversary of Dillinger's death.  A soft opening date prior to that will be announced soon. 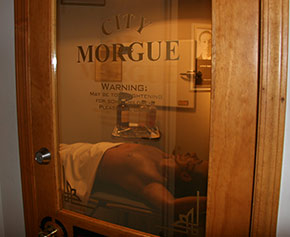 Know that this lesson doesn't end at the courthouse. The city of Crown Point and surrounding areas feature multiple attractions bearing the footprint of Dillinger's crime spree. Where, oh where, might these lessons be found?

2755 S. State Road 49, Valparaiso
In 2001, something miraculous happened. One of the two Tommy guns stolen by John Dillinger during his escape from the Crown Point jail was retrieved by the Porter County Sheriff's Department. The gun is worth an estimated $1 million and it is the same one pictured in the infamous photo of the gangster. The gun has returned home and can often be found in a secured display case within the sheriff's department.

"Why would such an artifact be worth so much?"

Collectors find value in the piece because of its association with the criminal and its direct relationship to crimes committed by Dillinger and his gang of goons. Does the photo below look familiar? The Tommy gun featured is the same one visitors can see at the sheriff's department. 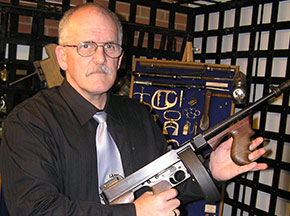 101 S. Court Street, Crown Point
Learning the truth about degenerates can be an exhaustive experience. Located across the street and down the road from the Old Sheriff's House is Safe House Bar & Grill. A day filled with interaction at the John Dillinger Museum, a tour through the old Crown Point jail and perhaps a final stop at the Porter County Sheriff's Department means you are going to need energy and refueling. Safe House Bar & Grill offers family-friendly dining seven days a week with various drink and dinner specials daily. 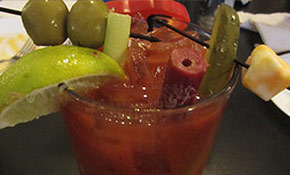 Better yet, Safe House Bar & Grill turns into an underground dance party every Friday and Saturday night featuring local resident and guest DJs rocking the house. You can even invite your whole list of family and friends to shut down the dining area for a celebration all your own. It's up to you! Stop by or call 219-779-9307 for more information.

2114 S. Wabash Avenue, Chicago, Illinois
Time travel isn't possible and one cannot take advantage of such a thing to travel back in time to prevent crimes from happening. That's bad news. The good news is that Tommy Gun's Garage is a prohibition-themed speakeasy that hosts dinner and a show for visitors. That's kind of like time travel, right? If you say no, get this - the attraction features an audience-interactive musical comedy review that runs through the course of dinner. The dinner is served to the audience by the performers! Capturing the history and lore of those depressing times can come to a close with a grin and a song after visiting the various attractions throughout the South Shore. 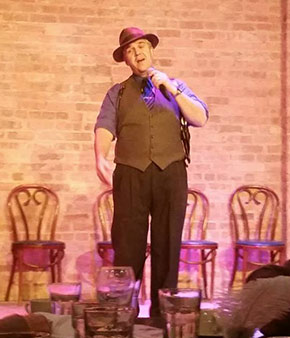 At the end of the day, we all know that crime doesn't pay. Throughout your trip along the South Shore, you can witness the history left by one of the 20th century's most polarizing figures. You can learn even more information about the museum by visiting southshorecva.com/dillinger-museum, or you can view it all firsthand. Need some help planning your Dillinger lessons? Call me and I'll fix you right up with a plan, Stan.