By Erika Dahl, Director of Communications on June 20, 2016

What better way to celebrate Indiana's Bicentennial than to explore the "nooks and crannies" of the region and capture the moment with a photo? Here are our Top 10 Photo Opportunities along the South Shore. 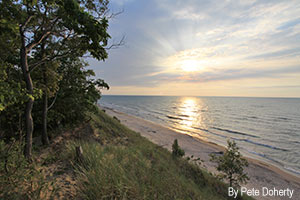 1. Lake Michigan
Find a breathtaking view of Lake Michigan from high on top of a dune at the Indiana Dunes National Park or State Park. 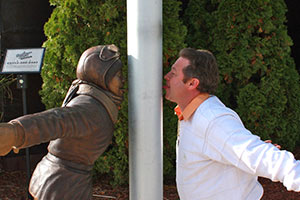 2. Flick Statue
Pose with "Flick" from the holiday movie classic, "A Christmas Story." Located at the Indiana Welcome Center, Flick's famous flagpole scene is a permanent fixture outside. 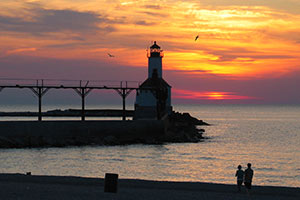 4. The Historic Grist Mill
The Grist Mill at Deep River County Park was originally built in the 1830's by John Wood. Rebuilt of brick by his son in 1876, it was used as a custom flouring mill. 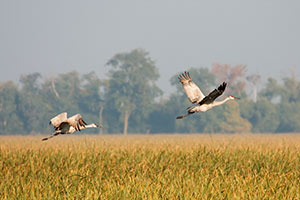 5. Sandhill Cranes
Witness thousands of Sandhill cranes migrating during the fall at the Jasper-Pulaski Fish and Wildlife Area. Catch them from September through December. A viewing area is available. 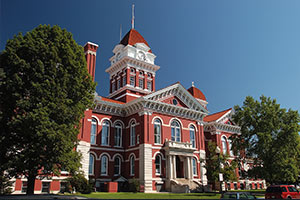 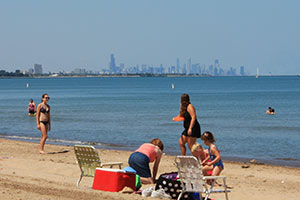 8. Chicago Skyline from Whihala Beach, Whiting
The South Shore is just THAT close to Chicago that you can see the skyline over the water on a clear day. Whihala offers some of the best shots of the city. 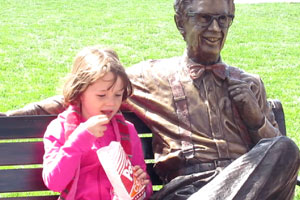 9. Orville Redenbacher Statue
The King of Popcorn and a Hoosier, Redenbacher is honored with a bronze statue on a park bench in downtown Valpo.

Erika is the Director of Communications for the South Shore Convention and Visitors Authority.